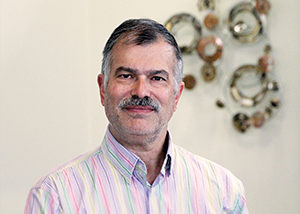 Marlon studied to earn his undergraduate degree in materials science from MIT in 1980. In 1981, Marlon was an engineer at Boeing Corp until enrolling in medical school at the University of Nebraska Medical Center later that year. From 1985–1988, Marlon had a family practice residency at the Indiana University Bloomington. His professional skill set continued to evolve with stops in Wichita, KS, and Fort Dodge, IA, before finally returning to Nebraska in 1997.

Marlon has been happily married for 33 years. The couple is proud parents to four children. When Marlon isn’t in the office he stays busy by biking, gardening and taking on DIY projects.